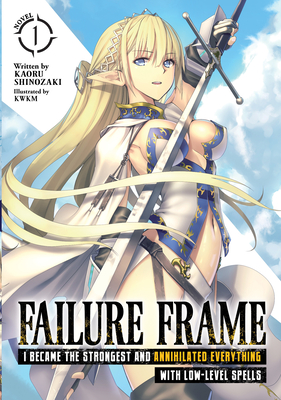 I Became the Strongest and Annihilated Everything With Low-Level Spells (Light Novel) Vol. 1

Revenge in another world--with an abnormal twist! (And don't miss the manga version, also from Seven Seas.)

Abruptly catapulted into a fantasy world, Mimori Touka and his classmates have been summoned by the world’s resident Goddess to serve as heroes. Luckily, most of the students display amazing skills upon arrival—except for Mimori, whose abilities bottom out at a measly E-rank. With no further use for him, the Goddess banishes Mimori to a dungeon from which no one has ever returned alive. Yet, as it turns out, Mimori’s skills aren’t so much worthless as they are abnormal. Abnormally powerful, even. If Mimori can only claw his way back to the surface, nothing will stand in his way from getting revenge.

Kaoru Shinozaki is a Japanese writer best known for Seiju no Kuni no Kinju Tsukai and Failure Frame.