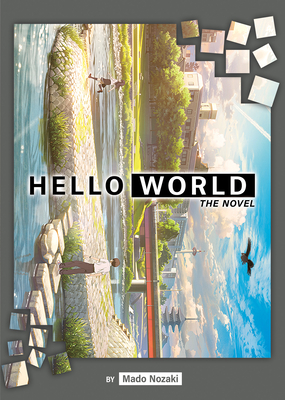 An atmospheric high school love story with a science fiction plot full of twists and turns. (And don't miss the manga adaptation, also from Seven Seas!)

Naomi, a shy teenage bookworm, is visited by his future self and tasked with fixing his biggest regret-his classmate and soon-to-be-girlfriend Ruri is going to die from an accident soon after they begin dating. But his chance to alter the future soon turns out to be far more complicated, as the very world the teens live in isn't quite what it seems. Also released as a critically acclaimed anime feature film in 2019, this intriguing sci-fi romance is a tale for the ages.

Mado Nozaki won the first "Media Works Bunko Award" for his 2009 movie (Ei) Amrita. Since then, he has worked on scripts for the manga and anime KADO - The Right Answer and the novel Babylon, which was adapted into a manga and anime.
Loading...
or support indie stores by buying on