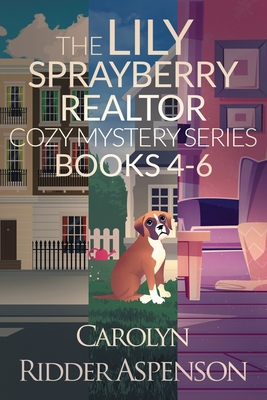 Selling homes is her career.

When Bramblett County realtor Lily Sprayberry lists her deceased client's townhome, the last in a sought-after mixed-use development community, she winds up in the throes of a bidding war.

The theft of a valuable coin collection, one that Lily had promised would remain safe, and a taunting note left by the thief, spur Lily to action. Determined to solve a thirty-six-year-old murder, Lily discovers clues that lead her to a possible killer she'd never suspect--someone near and dear to her heart.

When Lily stops by a staged home, she finds the dead body of a fellow realtor lying on the living room floor. With only a week until her destination wedding, and no leads, no potential suspects, and no possibility to leave the state until the murder is solved, Lily's sheriff fianc thinks they should postpone their nuptials. But that doesn't work for the soon-to-be bride.

If you like charming Southern cozy mysteries, you'll love the Lily Sprayberry series.