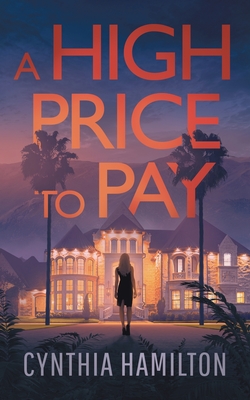 A High Price to Pay

When Santa Barbara is rocked by two murders, Madeline Dawkins must race the police to find the killer, or she might be next.

It should be one of the highlights of Madeline's career. As an event coordinator, a weekend-long birthday bash for the wife of a famous film director could help put her on the map across all of Southern California's rich and famous landscape.

A dead body is found.

And soon after that, another.

Madeline will have to rely on her skills as a private investigator to put the pieces together. She and her partner, Mike Delaney, soon discover clues leading them to some very dark mansions...and even darker secrets.

A grim and terrifying chapter of Madeline's past has been reopened, and a soulless predator is now on a quest for vengeance.

But while searching for the killer, she soon learns that these bodies aren't random; they were meant to send her a personal message...

A HIGH PRICE TO PAY is the second installment in the Madeline Dawkins series.