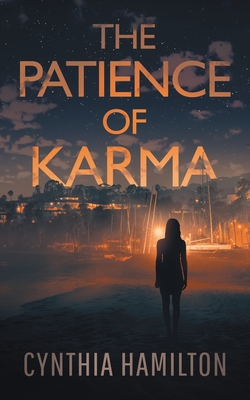 The Patience of Karma (Paperback)

In her hardest test yet, private investigator Madeline Dawkins must solve three confounding cases at once.

"...filled with the secrets, surprises, and suspense that readers have come to expect, and new fans are sure to enjoy. Great escape reading for a sunny afternoon on the deck or a cozy evening by the fire " --Susan Hunter, author of Dangerous Habits

A Florida man desperate to save his niece's life seeks MDPI's help in locating a nephew he hasn't seen in five years--a drifter who was presumed dead after a tragic boating accident took the lives of his two friends. A photo found online proves Daniel is alive and well, and living in Santa Barbara. As the niece slips closer to death each day, Daniel has become her last hope for receiving a compatible kidney.

Meanwhile, a famous composer worries that his much-younger wife is having an affair. But as Madeline seeks to prove otherwise, she discovers the truth is stranger, and much more dangerous.

Finally, Madeline's partner Mike Delaney must reckon with choices he made over a decade earlier, and the seismic changes they may bring to his already shaky life.

Why would a man decline to save his own sister?

Who is hiding secrets?

And can digging too deeply into the past result in being buried alive?

The detectives experience unexpected peril as they tackle three of the toughest cases they have ever had to face, and each will leave them changed in ways they could never have anticipated.

The Patience of Karma is the fifth installment in the Madeline Dawkins series.