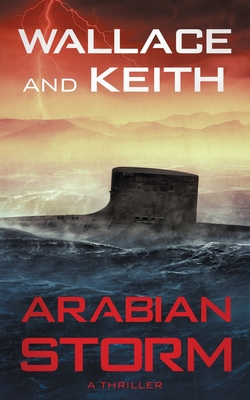 A terrorist mastermind will start World War III...unless a US submarine crew and a crack team of Navy SEALs can stop him first.

To US intelligence, he is known only as Nabiin.

But his followers call him the Prophet, and they will stop at nothing to follow his orders--orders that will pit the world powers against one another, and bring about his personal vision of the End of Times.

For skipper Joe Glass and his crew aboard the submarine Toledo, thwarting the seemingly unstoppable terrorist plan becomes their new mission.

Pitted in a race against time before countless civilians are killed, and assisted by a team of Navy SEALs, Joe and his crew must use their submarine, their wits, and their bravery to stop a global war...before it's too late.

Arabian Storm is the fifth book in the Hunter Killer Series.