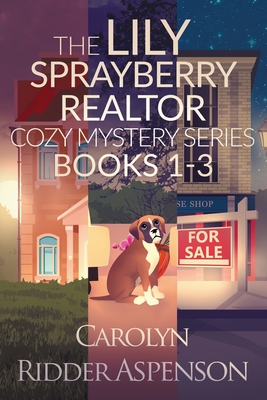 Selling homes is her career.

There's money buried somewhere on Myrtle Redbecker's property, and people are dying to find it.

When Bramblett County, Georgia's number one realtor, Lily Sprayberry, finds her cantankerous older client dead on the kitchen floor, she lands herself smack dab in the middle of a long-running property battle and a one-hundred-year-old rumor.

Lily made a promise to sell Myrtle's land, even if Myrtle wasn't alive to sign the papers. But whoever wants that money is determined to keep the property from selling and will do whatever it takes to stop Lily from closing the deal.

Now that Lily's got the killer's eyes on her, can she keep her promise to her deceased client...or will she wind up another victim in this deal gone dead?

And these days, she's very popular.

When a member of her decluttering and staging class winds up dead, Lily takes it personally and sets out to find the killer.

But the truth isn't always pretty, and when she discovers a friend from her past may be the murderer, she vows to find out.

Now as the body count rises, can Lily figure out who the killer is before she and the rest of her life-long friends are added to the list?

Small town folk don't always take care of their own.

At first, all signs point to natural causes, but when Lily finds an empty syringe lying under the bleachers, the coroner decides the coach was murdered.

Lily learns the coach wasn't liked by the lacrosse parents, and when word gets out about his murder, the state athletic association suspends the program entirely.

When a few of the lacrosse moms decide to take matters into their own hands, they threaten someone close to Lily--her county sheriff boyfriend and his reelection status-by bullying Lily.

And soon, Lily's had enough. As she searches for answers, she's dragged deeper into an angry mob of high school sports parents all seeking revenge and gunning for their kids to sign with the most elite schools offering the best scholarships.

And some of them are willing to do whatever it takes, including murder.

When the killer figures out Lily is close to cracking the case, things take a dangerous turn, and Lily's life is on the line. Can she save herself, or will she be the next victim in Bramblett County?

If you like charming Southern cozy mysteries, you'll love the Lily Sprayberry series.