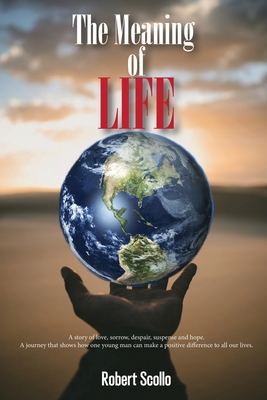 The Meaning of Life

"Eighteen-year-old James is put through hell in Robert Scollo's thriller, The Meaning of Life. Drenched in geopolitics, war, terrorism, and the extraordinary, this novel is a contemporary fairy tale about how one individual can change history.

Scenes are set in staccato manner, their sentences rough as they parse characters and their moods. More elaborate scenes, such as the one set at the Bank of America Plaza in Dallas, read like parodies of spy thrillers, with furtive men in ties dropping off black briefcases containing deadly information.

Interest holds because of the story itself, with its tantalizing proposition; who wouldn't want the power to solve the world's problems and heal all wounds? The villains, if familiar, make sense; it's logical that certain elements would see peace as bad for business. Despite its overarching doom and gloom, the novel ends in a feel-good, family-friendly way that finds James making humble choices.

The Meaning of Life is a fun political thriller that takes a blunt approach to looming moral questions.

"A despairing young man is given a supernatural ability and charged with saving the world in Scollo's debut novel.