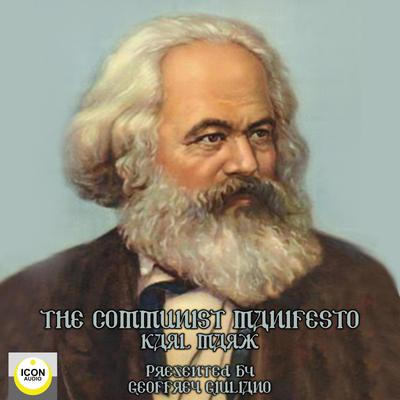 By Karl Marx, Geoffrey Giuliano and The Icon Players (Narrator)

Karl Heinrich Marx was born on May 5, 1818. He was a German philosopher, economist, historian, sociologist, political theorist, journalist and socialist revolutionary. Born in Trier, Germany, Marx studied law and philosophy at university. He married Jenny von Westphalen in 1843. Due to his political publications, Marx became stateless and lived in exile with his wife and children in London for decades, where he continued to develop his thought in collaboration with German thinker Friedrich Engels and publish his writings, researching in the reading room of the British Museum. His best-known titles are the 1848 pamphlet The Communist Manifesto and the three-volume Das Kapital (1867–1883). His political and philosophical thought had enormous influence on subsequent intellectual, economic and political history, and his name has been used as an adjective, a noun and a school of social theory.

Edited by Macc Kay
Production executive Avalon Giuliano
ICON Intern Eden Giuliano
Music By AudioNautix With Their Kind Permission
©2020 Eden Garret Giuliano (P) Eden Garret Giuliano
Geoffrey Giuliano is the author of over thirty internationally bestselling biographies, including the London Sunday Times bestseller Blackbird: The Life and Times of Paul McCartney and Dark Horse: The Private Life of George Harrison. He can be heard on the Westwood One Radio Network and has written and produced over seven hundred original spoken-word albums and video documentaries on various aspects of popular culture. He is also a well known movie actor