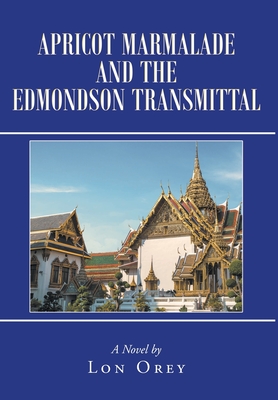 Apricot Marmalade and the Edmondson Transmittal

The war was not going well. The surprisingly effective Tet Offensive in late January 1968 had humbled and embarrassed the South Vietnamese and their American allies. It had sent a powerful message to the folks back home that this Vietnam thing was not going to be over anytime soon. The half million troops that the Lyndon Johnson administration had poured into this tiny Southeast Asian nation seemed to the world impotent, as their inability to subdue an outmanned and outtechnologied adversary became increasingly apparent.

To make matters worse for Johnson, the US war effort was getting bad press on the home front. Some news sources reported that the war was not being waged effectively. Others argued that it should not be waged at all, at least not with US personnel. Americans in general were wearying of its intrusion into their living rooms every evening on the six o'clock news.

Meanwhile in Bangkok, Thailand, less than five hundred miles away from the battleground, the special agents assigned to the 187th Military Intelligence Detachment, the US Army's counterespionage arm, are dealing with the war and its implications for the rest of Southeast Asia in their own way. They dress in civilian clothes and carry credentials while performing counterintelligence investigations and surveillance of suspected enemy agents. As a group, they are an unruly and undisciplined lot whose often humorous attempts to carry out their duties and stay out of trouble rarely succeed.

This is satire at its best