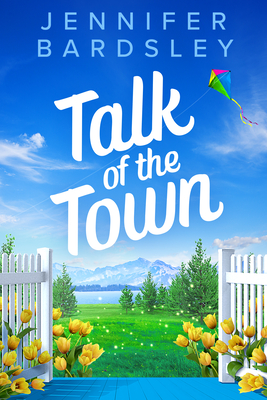 Talk of the Town

In this lighthearted romance filled with small-town humor and high jinks, an unsuspecting real estate agent becomes the wildest dream come true for all the single moms--except the one he wants.

They're coworkers, friends, and confidants, but Peter Marshal has always pined for a little something more with Noelle Walters. As a widow and a single mom, Noelle prefers to play it safe, and falling for Peter was never part of the plan.

Then again, neither of their plans accounted for the well-meaning but meddling actions of Peter's sister, who offers him up as their town's most eligible bachelor in the local moms' Facebook group. He's none the wiser about the source of this sudden surge in attention, but he only has eyes for Noelle. And from where she's standing on the sidelines of Peter's popularity, it's getting harder to pretend that she doesn't see what everyone else sees in her best friend.

With all eyes on them, will Peter and Noelle finally see beyond the hurdles to the happily ever after that's been there all along?