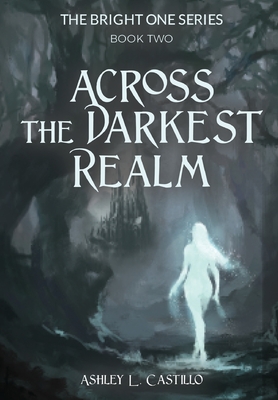 Across the Darkest Realm

The Children of Terra possess the Light Stones that hold the key to the world's salvation. But to find the next one, they must venture beyond the dead...

With the fate of those she loves still hanging in the balance, Diana and her partner Tase are faced with the daunting task of venturing into the sinister Realm of the Undead seeking aid from Amaia, the Queen of the Vampires.

But obtaining the Amaia's Light Stone will force them to go toe to toe against the Vampire Queen within the strange Onyx Castle where she makes her own rules, and nothing and no one is safe from her game.

Cut off from Tase and stranded in a hostile and unfamiliar world, Diana must learn to navigate court intrigue, and gossip like her life depends on it.

But this Realm is no safe place for a Human - even one prophecized to save the world - and if Diana hopes to escape the Vampire Queen's nefarious games, she'll need more than a little luck to make it out in one piece...

Tase is no stranger to the Vampire Queen's ploys - but he never could have foreseen how far she'd go to end their quest. Pushed to his limits and grappling with impossible choices, Tase quickly finds himself torn between his loyalty to his Masters and his newfound love for Diana.

Can Diana and Tase outplay the infamous Vampire Queen and retrieve the Light Stone? Or will they lose everything they now hold dear in the barren and gray Realm of the Undead?