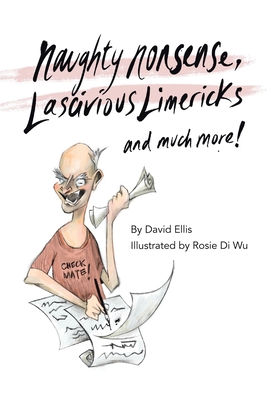 David Ellis has from an early age been a fan of British comedians (think Frankie Howerd and the Carry On crew) and their influence can be seen in this varied selection of his comic verses of over fifty years. He worked as an English teacher in England where he sought to encourage creative writing and an appreciation of literature, including poetry. Well known in the UK and Australia as a Chess player, he has been West of England, Cornish, Kent and three times West Australian champion. He has competed in a number of Australian Open and Closed Championships with a best result equal 3rd. He has also regularly coached young players, including a to-be British Champion. He has been Chess columnist for the West Australian newspaper for more than 24 years and in 2001 received the Australian Chess Federation Medal for outstanding work as a chess correspondent, the year after receiving the Queen's Australian Sports Medal. He plays piano and has been in demand as an accompanist - in collaboration with a junior choir he recorded a 45EP and years later recorded two CDs with a soprano, Willemina Foeken. He is father to two children. His son is a champion Ultra- Marathon runner while his daughter has competed in a number of Triathlons as well as successfully representing Western Australia in both the Girls and Womens Chess teams.
Loading...
or support indie stores by buying on