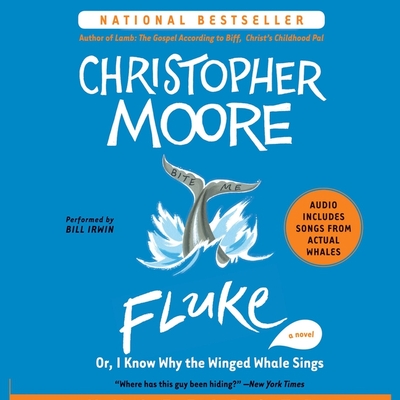 Or, I Know Why the Winged Whale Sings

Marine biologist Nate Quinn is in love with the majestic ocean-dwelling behemoths who have been singing their haunting song for twenty million years. But why do the humpback whales sing? That's the question that has Nate and his crew filming, charting, and recording every whale that crosses their path. Until one day when a whale lifts its tail to display a message spelled out in foot-high letters: Bite Me....

No one has ever seen such a thing; not Nate's longtime partner, not world-renowned photographer Clay Demodocus, not their saucy young research assistant, Amy, not even spliff-puffing white-boy Rastaman, Kona. And when the film returns from the lab missing the crucial tail shot--and their research facility is trashed--Nate realizes that something very fishy is going on.

It only gets weirder when a call comes in from Nate's big-bucks benefactor, saying that a whale has phoned her, asking for a hot pastrami and Swiss on rye. Suddenly the answer to the question that has driven Nate throughout his adult life is within reach. And it's not what anyone would think.