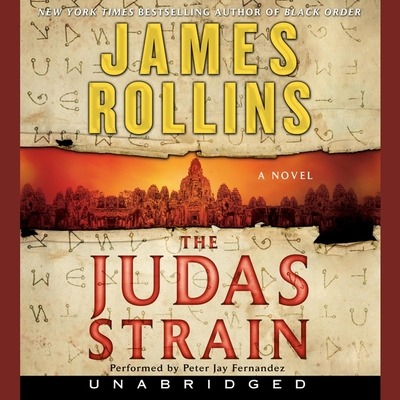 ju-das strain, n. A scientific term for an organism that drives an entire species to extinction

From the depths of the Indian Ocean, a horrific plague has arisen to devastate humankind--a disease that's unknown, unstoppable . . . and deadly. But it is merely a harbinger of the doom that is to follow. Aboard a cruise liner transformed into a makeshift hospital, Dr. Lisa Cummings and Monk Kokkalis--operatives of SIGMA Force--search for answers to the bizarre affliction. But there are others with far less altruistic intentions. In a savage and sudden coup, terrorists hijack the vessel, turning a mercy ship into a floating bio-weapons lab.