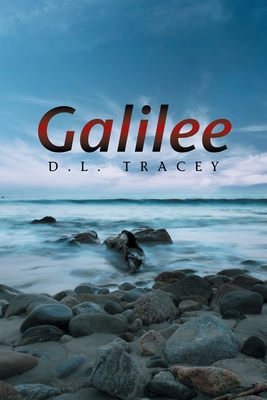 Galilee is an American psychological thriller horror novel written by D.L. Tracey. It was first published by iUniverse publishers in December 2009, and then was re-published in 2021 by AuthorHouse publishers. The novel's narrative is based on the relationship of its four main characters - the newly ordained young priest, Father Hickey, fresh out of seven very long years of seminary school. Young, overachieving, and ambitious priest is sent to a backwater parish--and to make matters even worse, the priest he will replace dies just before he gets there, throwing him into a strange situation with no guidance. The small parish The Church of Saint Peter at the edge of a fishing village was not what he hoped for as his first assignment. The young priest meets Michael McDonough, owner of The Crow's Nest bar, while administering last rites to a fisherman on the docks of Galilee on his first day at the parish, and a friendship mentorship begins without the priest's knowledge. A young waitress at the Crow's Nest by the name of Janie befriends the young priest and allows him into her troubled past. The fourth person is Father Gilday, the priest who died a few days before the young priest's arrival. Galilee is a story about the horror that can befall a fishing village when no one is piecing together the signs.

Creating a new vocabulary for the age-old battle between good and evil. Author D.L. Tracey, an American fiction writer, writes books that run the gambit of life. His main passion is horror, fiction, and suspense. He writes in the style of Alfred Hitchcock, known as "the Master of Suspense", and Robert Albert Bloch, a cheerfully ghoulish genre writer, best known for his mid-century chiller Psycho and its memorable adaptation by Alfred Hitchcock. Donald Lee Tracey was born in Quincy, Massachusetts in 1957, the second son of Donald and Jane Tracey. Donald attended grammar school in Weymouth Massachusetts and then North Weymouth High School. Thrown onto the streets by an abusive mother at the age of thirteen, he survived on the streets of Weymouth, and at times living with friends. Don dropped out of high school in 1974 two years short of graduation. In December of 1975, Don enlisted in the United States Marine Corps. and went off to Marine Corps Recruit Depot, Parris Island, S.C. for thirteen weeks of intensive Marine Corps training. This is where Don first found his talent for writing. He began keeping a personal diary of day-to-day life in Parris Island called Short Stories from the Island. Readers of D.L. Tracey know that Weymouth, Massachusetts, is a place with a deep, dark hold on the author. It reappears in many of his books, including Galilee, Esker, and Lullaby.
Loading...
or support indie stores by buying on