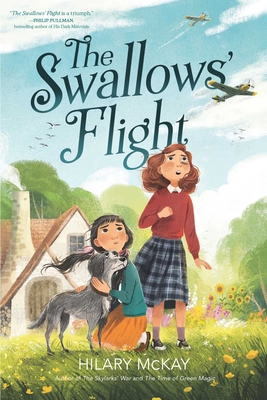 “A triumph.” —Philip Pullman, bestselling author of the His Dark Materials saga

In England, Ruby has no friends because of the speckled blotches on her face that kids say look like dirt. And Kate is sickly all the time, her older siblings each taking turns looking after her. Ruby and Kate’s first meeting is nearly disastrous, but the two lonely girls soon strike up a friendship. Their connection becomes all the more important when England joins the war against Germany and the blitz begins overhead.

In Germany, Erik and Hans are best friends filled with plans for their future: Erik taking over their beloved local zoo, and Hans serving pastries right outside the gates. They never expected to be forced to join the national service, training as pilots and tasked with hurting people.

And in London a mistreated dog roams the streets looking for handouts, and for a friend.

All of these lives will cross in the most surprising ways in this heartrending tale of war and compassion, and hope that can be found in even the most unexpected friendships, brought to life by award-winning author Hilary McKay.

Praise For The Swallows' Flight…

"Hilary McKay is incomparable, a storytelling wizard at the height of her power – and this book is a time machine, transporting you back to 1940. I’m so convinced that McKay’s fledgling swallows are based on her own experience that I find it hard to believe she hasn’t also soared in combat or marched into battle herself."
— Elizabeth Wein, author of Code Name Verity

“A triumph.”
— Philip Pullman, bestselling author of the His Dark Materials saga

* "Precise, evocative detail...gives this a persistent, vivid freshness, but even more fresh and compelling is McKay’s compassionate, sometimes humorous, take on human character and her understanding of youthful feelings."
— Horn Book, starred review