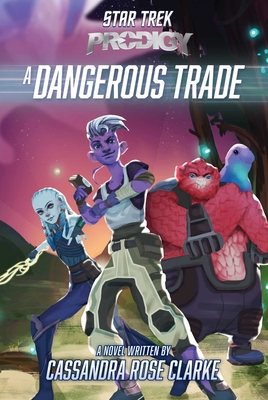 While traveling through the Delta Quadrant, the Protostar crew discovers a worn transporter coil on their ship. Despite Janeway’s misgivings, the crew decides to trade a Starfleet-issued battery for new transporter parts at a market on a distant planet. Little do they know that a group of rogue traders are intent on getting their hands on something much bigger: the Protostar! Will the crew be able to defend their ship and stay out of trouble? Star Trek fans will love this brand-new, original story featuring all the heart, humor, and action of the Prodigy series.