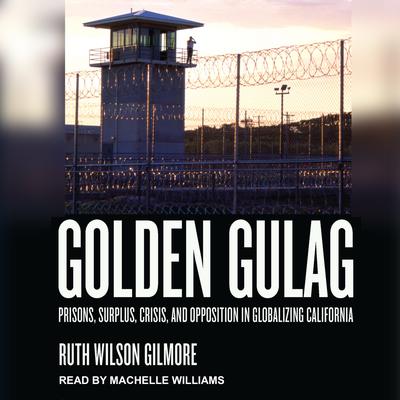 Since 1980, the number of people in US prisons has increased more than 450%. Despite a crime rate that has been falling steadily for decades, California has led the way in this explosion, with what a state analyst called "the biggest prison building project in the history of the world." Golden Gulag provides the first detailed explanation for that buildup by looking at how political and economic forces conjoined to produce the prison boom.

Ruth Wilson Gilmore examines this issue through statewide, rural, and urban perspectives to explain how the expansion developed from surpluses of finance capital, labor, land, and state capacity. Detailing crises that hit California's economy with particular ferocity, she argues that defeats of radical struggles, weakening of labor, and shifting patterns of capital investment have been key conditions for prison growth. The results—a vast and expensive prison system, a huge number of incarcerated young people of color, and the increase in punitive justice such as the "three strikes" law—pose profound and troubling questions for the future of California, the United States, and the world. Golden Gulag provides a rich context for this complex dilemma, and at the same time challenges many cherished assumptions about who benefits and who suffers from the state's commitment to prison expansion.

Machelle Williams has crafted an easy storytelling style from twenty-three years as a corporate trainer and keynote diversity speaker. Since 2016 she has successfully produced over twenty-eight audiobook projects.

Machelle's voice is nuanced, ranging from soft and soothing to dramatic and smoky. She specializes in mysteries and thrillers; her bespoke repertoire also includes cozy mysteries and nonfiction, as well as titles in the religious, urban, and noire genres. When you need a narrator to take your listener to the edge of their seat and their breath away, trust the telling to Machelle.