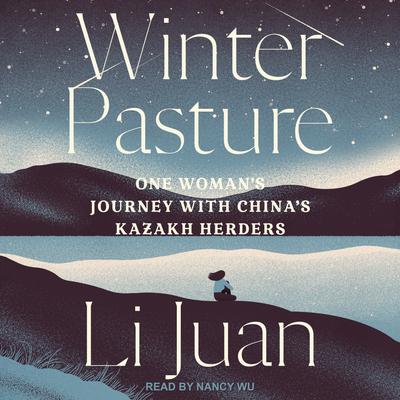 Li Juan and her mother own a small convenience store in the Altai Mountains in Northwestern China, where she writes about her life among grasslands and snowy peaks. To her neighbors' surprise, Li decides to join a family of Kazakh herders as they take their thirty boisterous camels, 500 sheep and over 100 cattle and horses to pasture for the winter. The so-called "winter pasture" occurs in a remote region that stretches from the Ulungur River to the Heavenly Mountains. As she journeys across the vast, seemingly endless sand dunes, she helps herd sheep, rides horses, chases after camels, builds an underground home using manure, gathers snow for water, and more. With a keen eye for the understated elegance of the natural world, and a healthy dose of self-deprecating humor, Li vividly captures both the extraordinary hardships and the ordinary preoccupations of the day-to-day of the men and women struggling to get by in this desolate landscape. Her companions include Cuma, the often drunk but mostly responsible father; his teenage daughter, Kama, who feels the burden of the world on her shoulders and dreams of going to college; his reticent wife, a paragon of decorum against all odds, who is simply known as "sister-in-law."

Nancy Wu has done voice-over animation and narrated audiobooks since 2004. A New York theater, TV, and film actor, she has won multiple Library Journal and AudioFile Earphones Awards, and recorded in studios all over the world-from Italy to Switzerland to Thailand. Narrating across genres, she is known for varied character voices and bringing stories vividly to life. Born and raised in West Virginia, she now makes her home in Boulder, Colorado, as an avid yoga practitioner and rock climber. Her television/film credits include the Law & Order franchise, All My Children, the Oscar-nominated film Frozen River, and the Nickelodeon series Three Delivery. She studied at the Neighborhood Playhouse in New York City and holds a master's degree in human rights.