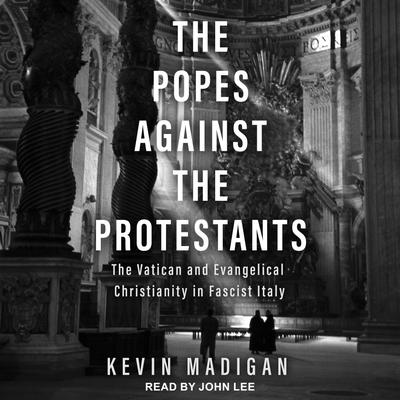 The Popes Against the Protestants (Digital Audiobook)

The Vatican and Evangelical Christianity in Fascist Italy

Based on previously undisclosed archival materials, this book tells the fascinating, untold, and troubling story of an anti-Protestant campaign in Italy that lasted longer, consumed more clerical energy and cultural space, and generated far more literature than the war against Italy's Jewish population.

Because clerical leaders in Rome were seeking to build a new Catholic world in the aftermath of the Great War, Protestants embodied a special menace, and were seen as carriers of dangers like heresy, secularism, modernity, and Americanism—as potent threats to the Catholic precepts that were the true foundations of Italian civilization, values, and culture. The pope and cardinals framed the threat of evangelical Christianity as a peril not only to the Catholic Church but to the fascist government as well, recruiting some very powerful fascist officials to their cause.

This important book is the first full account of this dangerous alliance.