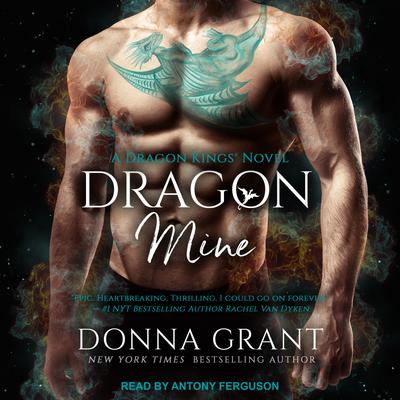 I am hers, and she is mine

Vaughn has spent eons searching for the woman who captured his heart, only to be disappointed time and again. Sure, he sees her in his dreams. May get to touch and hold her. But it's not the same. As the emptiness inside him grows, he jumps at the chance for a distraction. Setting his eyes on the dragons again in Zora is a balm, but it can't compare to once again coming face-to-face with the gorgeous beauty who holds a piece of his soul.

Eurwen has never known anything but the burden and joy of ruling the dragons. But unlike her twin, she's always been curious about Earth and the Kings and felt as if something were missing from her life. When her reunion with her parents brings an unexpected surprise, she can't help but give in to the pleasure that Vaughn offers. Still, her loyalty lies with her realm, and the hurdles in their way to happiness seem insurmountable—especially with a new and unknown foe seeking to destroy them.

Trust doesn't come easily, but love conquers all. And no amount of time or space can keep those who belong together apart.