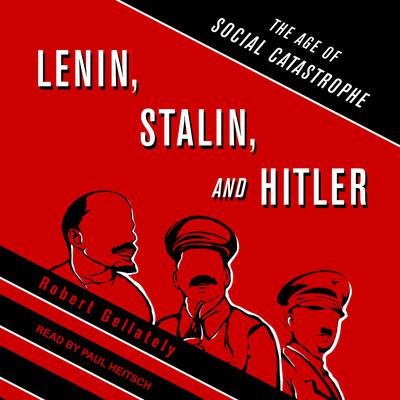 The Age of Social Catastrophe

A bold new accounting of the great social and political upheavals that enveloped Europe between 1914 and 1945—from the Russian Revolution through the Second World War.

In Lenin, Stalin, and Hitler, acclaimed historian Robert Gellately focuses on the dominant powers of the time, the Soviet Union and Nazi Germany, but also analyzes the catastrophe of those years in an effort to uncover its political and ideological nature. Arguing that the tragedies endured by Europe were inextricably linked through the dictatorships of Lenin, Stalin, and Hitler, Gellately explains how the pursuit of their "utopian" ideals turned into dystopian nightmares. Dismantling the myth of Lenin as a relatively benevolent precursor to Hitler and Stalin and contrasting the divergent ways that Hitler and Stalin achieved their calamitous goals, Gellately creates in Lenin, Stalin, and Hitler a vital analysis of a critical period in modern history.