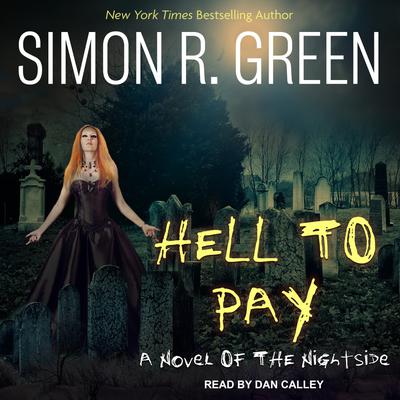 The name's John Taylor. I'm a PI, though what I really do is find things that are lost. I work the Nightside, the city within the city of London, where the sun never rises and where the human and inhuman go to get their kicks, provided they're willing to pay the price in whatever currency the seller demands.

In the wake of the war that almost brought the Nightside to total ruin, there's a power vacuum begging to be filled—and some think I should take charge. I don't agree. Neither does the immortal known as the Griffin. Wealthy beyond reason, he has his own ideas about who should be running things. Still, when his granddaughter—and designated heir—is kidnapped, he calls on me to find her.

But someone—or something—is blocking my special gift. So this time, I'm going to have to do my job the hard way. And quickly, or the Griffin will have to choose a new heir . . .