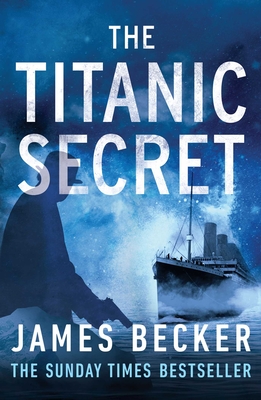 Was it really an iceberg that sank the Titanic? Or is that just what they want you to think?

On Sunday, April 15, 1912, the "unsinkable" RMS Titanic sinks on her maiden voyage to New York...but the truth is quickly suppressed. On board, she carries three men scheming to create a new military alliance between the United States and Germany. Their goal: war with Great Britain and the destruction of the British Empire. Alex Tremayne and his American colleague Maria Weston are sent by British Intelligence to stop the spies and, with them, the greatest war in history. On a voyage bristling with intrigue, Alex and Maria have one aim: to stop the conspirators from reaching America—at any cost…

James Becker is an author of conspiracy, espionage, and action thrillers. He spent over twenty years in the Royal Navy’s Fleet Air Arm. Involved in covert operations in many of the world’s hot spots, he brings a high level of detail and authenticity to his work. He also writes action adventure novels under the name James Barrington and military history under the name Peter Smith in the UK.
Loading...
or support indie stores by buying on