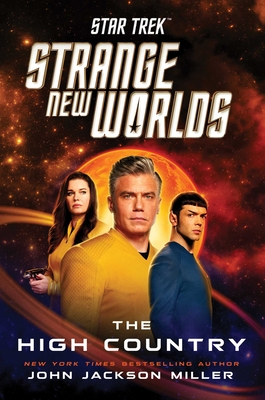 When an experimental shuttlecraft fails, Captain Christopher Pike suspects a mechanical malfunction—only to discover the very principles on which Starfleet bases its technology have simply stopped functioning. He and his crewmates are forced to abandon ship in a dangerous maneuver that scatters their party across the strangest new world they’ve ever encountered.

First Officer Una finds herself fighting to survive an untamed wilderness where dangers lurk at every turn. Young cadet Nyota Uhura struggles in a volcanic wasteland where things are not as they seem. Science Officer Spock is missing altogether. And Pike gets the chance to fulfill a childhood dream: to live the life of a cowboy in a world where the tools of the 23rd century are of no use.

Yet even in the saddle, Pike is still very much a starship captain, with all the responsibilities that entails. Setting out to find his crewmates, he encounters a surprising face from his past—and discovers that one people’s utopia might be someone else’s purgatory. He must lead an exodus—or risk a calamity of galactic proportions that even the Starship Enterprise is powerless to stop....