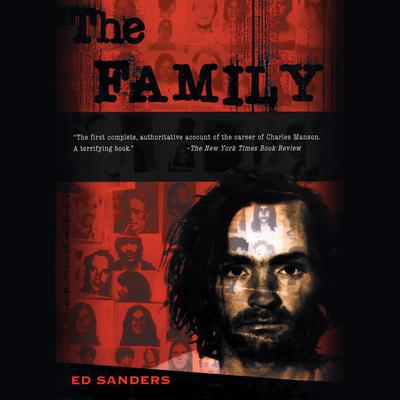 In August of 1969, during two bloody evenings of paranoid, psychedelic savagery, Charles Manson and his dystopic communal family helped to wreck the dreams of the Love Generation. At least nine people were murdered, among them Sharon Tate, the young, beautiful, pregnant, actress and wife of Roman Polanski.

Ed Sanders's unnerving and detailed look at the horror dealt by Manson and his followers is a classic of the true-crime genre. The Family was originally published in 1971 and remains the most meticulously researched account of the most notorious murders of the 1960s.

Using firsthand accounts from some of the family's infamous members, including the wizard himself, Sanders examines not only the origins and legacy of Manson and his family, but also the mysteries that persist. This edition is completely revised and updated.

"One of the best-researched, best-written, thoroughly-constructed, and eminently significant books of our times. . . . A masterpiece." -- Boston Phoenix