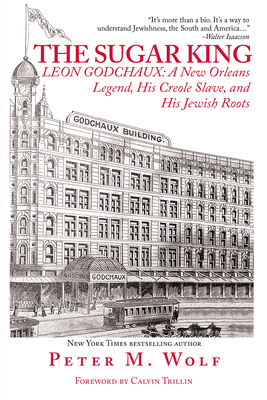 Leon Godchaux: A New Orleans Legend, His Creole Slave, and His Jewish Roots

"A remarkable, vivid, and meticulously researched story about an unjustly forgotten major figure of the nineteenth century." - Nicholas B. Lemann

"It's more than a bio. It's a way to understand Jewishness, the South, and America." - Walter Isaacson

A penniless, illiterate, Jewish thirteen-year-old from France crosses the Atlantic alone. Landing in raucous and polyglot New Orleans in 1837, the third largest city in America, he starts out as a peddler of notions to plantations along the Mississippi. He remains unable to read or to write in English or in French his entire life. Nevertheless, by the end of his intrigue-filled life, Leon Godchaux is known as the "Sugar King of Louisiana," the owner of fourteen plantations, the largest sugar producer in the region and the top taxpayer in the state. He refuses to enter the sugar business until the end of slavery. Unsympathetic to the Lost Cause, caught up in the Civil War, and negotiating Reconstruction and Jim Crow, Godchaux simultaneously builds an esteemed New Orleans clothing empire.

Godchaux relies on the accomplishments of two Black men. Joachim Tassin, a slave whose birth status both men conceal, is entwined with Leon Godchaux in his clothing business, and Norbert Rillieux is a free man of color whose overlooked ingenious invention enables Godchaux to build his sugar empire.