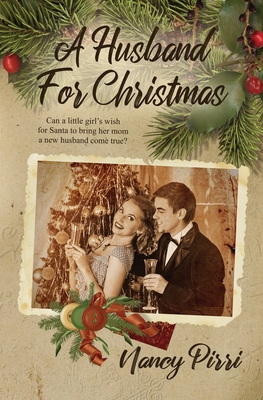 A Husband For Christmas

Can a little girl's wish for Santa to bring her mom a new husband come true?

In 1946, Sarah Delaney writes to Santa for a husband for her mom for Christmas. She's never known her father, who went missing in action during WWII so five-year-old Sarah decides it's the perfect gift for her mother-a husband, and a daddy for her.

Her mother, Rose Delaney, has been working as a banking accountant-until Jack Campbell, the man who held the position first returns from the war and her boss gives him back his job.

Rose, unhappy about losing her job-and a good paying one for a single parent-begins looking for another position but can't find one that pays well enough. Jack, feeling guilty since he's a single guy with no child or wife responsibilities convinces his boss to hire Rose as his secretary. At first, Rose declines due to lower pay, but soon takes up the offer as nothing else is available.

Within weeks, Jack falls in love with Rose, even though she refuses to date men she works with. He has big plans in his life though and pursues her until she eventually accepts his offer of marriage.

Rose can't deny she's in love with him also, until she learns the 'real' reason he's looking for a wife.

*PUBLISHER'S NOTE: This is the 1940's and yes, in some situations, men spanked women. One very short 'discipline' scene between hero and heroine may not be your 'cup of tea' but the hero immediately recognizes his mistake and stops.