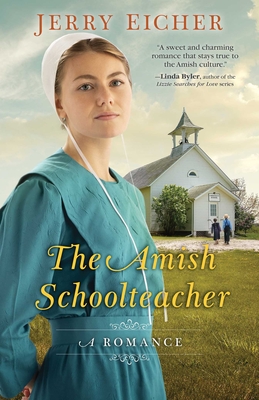 What will it take for Mary to let go of her pride and see Marcus for who he really is? A swift and heartwarming Amish romance, full of misunderstandings, tragedy, and the sweet satisfaction of young love.

Mary Wagler arrives in Adams County, Ohio for the new school term, ready to begin her duties teaching eighteen students at the little one room schoolhouse. Marcus Yoder, who lives next door with his widowed mother and his six younger siblings, is assigned the task of meeting the new arrival at the bus station. He is to transport Mary in his buggy to where she will board at Leon and Lavina Hochstetler’s home. Mary is sure Marcus has volunteered for the task to make an early play on her affections and dreads the nuisance he will be in the coming weeks.

Mary opens her first day of school with a firm determination. She will make a solid contribution to this small Amish community nestled on the banks of the Ohio River. When Marcus stops by occasionally to greet his younger siblings after school, Mary is convinced he felt snubbed by her lack of interest in his early affection, and that he's hanging around to critique her every move and make the school term miserable for her.

When sickness sweeps through the school, Marcus comes to Mary's aid. Mary blames herself for handling the challenge poorly, and is surprised by Marcus's gentle response. Perhaps he's not quite the nuisance she thought he was. But she's been so rude to him that surely he's no longer interested in her friendship. Or could she be wrong . . . again?

Jerry Eicher spent eight years of his childhood in Honduras where his grandfather helped found an Amish community outreach. As an adult, Jerry taught for two terms in parochial Amish and Mennonite schools in Ohio and Illinois. He has been involved in church renewal for fourteen years and has preached in churches and conducted weekend meetings of in-depth Bible teaching. Jerry lives with his wife, Tina, and their four children in Virginia.
or
Pre-Order Now
Copyright © 2020 American Booksellers Association