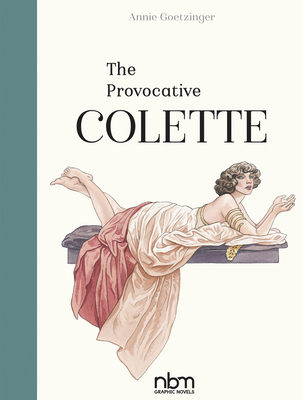 From her marriage at the age of 20, until her divorce, this snapshot of Colette's life focuses on her formative years. Incredibly complex, powerfully determined, truly gifted, Colette challenged herself to reinvent her life and assert herself as a free woman. In her day, her behavior scandalized and vexed the establishment. But in the end, she helped to free women in their thinking and became member and then president of France's prestigious Académie Goncourt, among many other honors as one of France's preeminent authors. For mature readers.

"The trailer is out for the movie 'Colette,' starring Keira Knightley, appearing in theaters Sept. 21." —Bleeker Street Media

"This thrilling and tender look at storytelling and romance at the turn of the century proves a fitting finale to a distinguished cartoonist’s career." —Publishers Weekly

"Featurette of the movie on Colette with interviews, including of Keira Knightley, about he author. " —Feature on Bleeker Street Media, https://bleeckerstreetmedia.com/colette?video=colette-featurette#

"A glorious, lovingly rendered, well-deserved celebration of one of the past century’s most outstanding literary figures." —Michael Dooley, Print Magazine

One of the Grandes Dames of comics in France, Annie Goetzinger has had a distinguished and award-winning career not only in comics, but also in theater costume design and illustration, most notably for the newspaper Le Monde.
Loading...
or
Not Currently Available for Direct Purchase