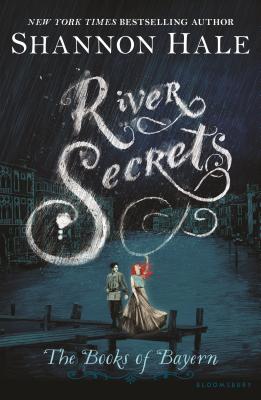 In this beloved third book in the Books of Bayern, from New York Times bestselling author Shannon Hale, Razo must become the unlikely hero his country needs.

Razo has never considered himself anything but ordinary--and certainly not a great soldier. So he's sure it's out of pity that his captain asks him to join an elite mission escorting the ambassador into Tira, Bayern's greatest enemy.

But when the Bayern arrive in the strange southern country, it's Razo who discovers the first dead body. He is also the only Bayern able to befriend the right people--potential allies who can provide information about the ever-increasing murders--like the beautiful Lady Dasha. If Razo can embrace his talents, he might be the only one who can get the Bayern soldiers home alive.

The third book in master storyteller Shannon Hale's beloved Books of Bayern series is equal parts fantastical and romantic, with an unforgettable protagonist to root for at its center.

"[Hale's] language glimmers like firelight, like sunshine on water as she propels readers along a river of wonderful writing to the tumultuous and heart-tugging climax." - starred review, Kirkus Reviews

"Suspenseful, magical, and heartfelt, this is a story that will wholly envelop its readers." - starred review, Booklist

"River Secrets stands on its own. But fans of the genre will no doubt rejoice in immersing themselves in this magical world by reading all three [Books of Bayern]." - starred review, School Library Journal