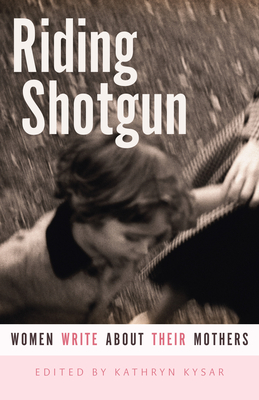 Women Write about Their Mothers

A group of America's celebrated literary women have come together to tackle a topic close to their hearts: Mom. These highly personal yet often universal stories offer windows into those influential mother-daughter moments that have forever shaped the lives and perspectives of the writers, powerful women--authors, spokespeople, scholars, teachers, and some mothers themselves.

Jonis Agee's mother haunts her daughter's plumbing. Tai Coleman's mother struggled to raise five children on her own wits and a single pay check. Heid Erdrich's mother showed her daughter both the falsity and the truth in the clich of the "Indian Princess." Sheila O'Connor's mother, who ran a road construction company, was not like other mothers. Ka Vang's mother dodged the hand grenades that her husband's first wife threw on her wedding day. Morgan Grayce Willow's mother drove home late at night after selling cosmetics to farm wives as her daughter rode shotgun.

In true tales of startling candor and rich insight, these and many other talented writers reflect on the women who raised them, revealing hard work and hardship, successes and failures, love and anger--mothers and daughters.