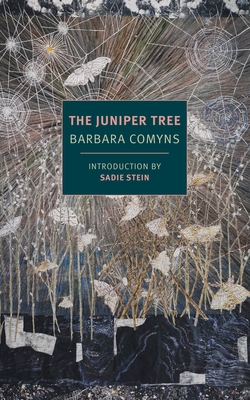 A modern reimagining of a classic fairy tale by one of most bewitching, idiosyncratic British writers of the twentieth century.

Bella Winter has hit a low. Homeless and jobless, she is the mother of a toddler by a man whose name she didn’t quite catch, and her once pretty face is disfigured by the scar she acquired in a car accident. Friendless and without family, she’s recently disentangled herself from a selfish and indifferent boyfriend and a cruel and indifferent mother. But she shares a quality common to Barbara Comyns’s other heroines: a bracingly unsentimental ability to carry on. Before too long, Bella has found not only a job but a vocation; not only a place to live but a home and a makeshift family. As Comyns’s novel progresses, the story echoes and inverts the Brothers Grimm’s macabre tale The Juniper Tree. Will Bella’s hard-won restoration to life and love come at the cost of the happiness of others?

Barbara Comyns (1909–1992) was born in Bidfordon-Avon, in the English county of Warwickshire, one of six children of an increasingly unsuccessful Birmingham brewer. Living on the run-down but romantic family estate and receiving her education from governesses, she began to write and illustrate stories at the age of ten. After her father’s death, she attended art school in London and married a painter, with whom she had two children she supported by trading antiques and classic cars, modeling, breeding poodles, and renovating apartments. A second marriage, to Richard Comyns Carr, who worked in the Foreign Office, took place during World War II. Comyns wrote her first book, Sisters by a River (1947), a series of sketches based on her childhood, while living in the country to escape the Blitz, which is also when she made an initial sketch for The Vet’s Daughter (1959). This, however, she put aside to complete Our Spoons Came from Woolworths (1950) and Who Was Changed and Who Was Dead (1954). The Vet’s Daughter was published in 1959. Among Comyns’s other books are the novels The Skin Chairs (1962) and The Juniper Tree (1985), and Out of the Red into the Blue (1960), a work of nonfiction about Spain, where she lived for eighteen years.

Sadie Stein is a writer and critic living in New York.

Praise For The Juniper Tree…

"A treasure from the 1980s...[The Juniper Tree] picks up the Grimm notion that an excess of maternal happiness can prove fatal...Comyns's prose is vivid and charmingly hurried... The Grimm story is about evil, revenge, and justice—an eye for an eye—but The Juniper Tree is about accidents, damage, and repair." —Christine Smallwood, Harper's

“The novel . . . achieves a life of its own, and allows Bella to emerge at last from her ordeal with a feminist, fertile, happy, fairy-tale ending. Hypnotic and enthralling in the process.” —Kirkus Reviews

“Comyns’s world is weird and wonderful . . . there’s also something uniquely original about her voice. Tragic, comic and completely bonkers all in one, I’d go as far as to call her something of a neglected genius.” —Lucy Scholes, The Observer

“The Juniper Tree, which appeared in 1985, is one of Comyns’s most successful, confident and curious productions. It has the clear pure narrative quality of a fable, but also shows a humanity and maturity.” —Margaret Drabble

“The Juniper Tree is a fairy tale that haunts me because even at the end the evil in it is never wholly undone. Through her reimagining of the wicked stepmother figure, Comyns speculates convincingly as to how damage escalates despite all conscious attempts to limit itself.” —Helen Oyeyemi

“I don’t think there is any other novelist I’ve come across who writes so subtly the disturbing and the domestic.” —Stuck in a Book (blog)

“Comyns approaches the world as if everything is worthy of clear-eyed attention. In this novel in particular, she is better than any other writer I know at striking an impossible balance between accuracy, wonder, and disgust.” —Brian Evenson, The Rumpus

“Comyn’s [CE1] voice has childlike qualities; she looks at everything in the world as though seeing it for the first time. In later books, though, her narrators’ naivety is deployed in order to provoke horror; the gap between what the reader knows and the narrator doesn’t serves to make the reader fascinated and fearful.” —Emily Gould, The Awl

“Comyns’s heroines, and her novels, are plaintive, strange, and robust all at once.... As an exercise in reconstruction, using the old ingredients but producing a fable for a different age, The Juniper Tree could hardly have been more satisfactorily accomplished.” —The Times Literary Supplement