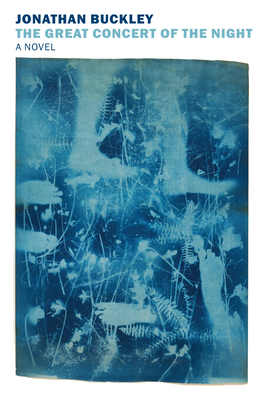 The Great Concert of the Night

“Why isn’t Jonathan Buckley better known? His novel of love, death and melancholy comedy, The Great Concert of the Night, is captivating.” —John Banville


David has just spent New Year’s Eve alone, watching Le Grand Concert de la Nuit, a film in which his former lover Imogen starred. In the early hours of the new year, consoled and tormented by her ethereal presence, he begins to write. What follows is a brilliantly various journal, chronicling a year in the life of a thinking man. David works as a curator at the ailing Sanderson-Perceval Museum in southern England, whose small collection of porcelain, musical instruments, crystals, velvet mushrooms, and glass jellyfish is as eccentric and idiosyncratic as the long-dead collectors’ tastes. David himself is a connoisseur of the derelict and nonutilitarian, of objects removed from the flow of time. Refusing the imposed order of a straightforward chronology, his journal moves fluidly back and forth in time, filled with fragments of life remembered, imagined, and recorded, from memories of his past life with Imogen or with his ex-wife, Samantha, to reflections on the lives and relics of female saints or the history of medicine. There are quotations from Seneca, Meister Eckhart, and the Goncourt brothers mixed in with the equally compelling imagined words of fictional film directors, actors, and, always, the fascinating Imogen, who is alive now only “in the perpetual present of the sentence.” In The Great Concert of the Night, Jonathan Buckley expertly interweaves sexual despair, cultural critique, the plot lines of one man’s quietly brilliant life, and the problems and paradoxes of writing, especially writing about and to the dead.

Praise For The Great Concert of the Night…

“Why isn’t Jonathan Buckley better known? His novel of love, death and melancholy comedy, The Great Concert of the Night, is captivating.” —John Banville

“[O]ne reads this beautifully written book because the author provides food for thought with reflections on love, the imagination and death, laced with citations from Marcus Aurelius, Blaise Pascal and the Christian mystic Hildegard von Bingen. There is also a drolly comic side to the story . . .” —Bruce Boucher, The New York Times Book Review

"The Great Concert of the Night, Jonathan Buckley’s beguiling tenth novel, is . . . an occasion for speculation, reflection, distraction, and aimless wonder. . . . This superb novel generates that strangely familiar sensation that something wonderful has been revealed, momentarily.” —Ron Slate

"What a pleasure to be immersed—lost really—in this elegant, erudite, seductive, and deeply moving chronicle of a sensibility and a life.” —Carole Maso

“Buckley is a talented verbal painter, with a fine eye for detail.” —Mary Fitzgerald, New Statesman

“This smart, witty novel by an undeservedly under-known writer embraces love, loss and a man’s obsession with his dead lover.” —The Sunday Times, '100 Best Books to Read This Summer'

“Exactly why Buckley is not already revered and renowned as a novelist in the great European tradition remains a mystery that will perhaps only be addressed at that final godly hour when all the overlooked authors working in odd and antique modes will receive their just rewards. . . . The figure of Imogen—figured and refigured in descriptions of her various screen roles—remains fascinating throughout. She is entirely imaginary, utterly real and alive forever ‘in the perpetual present of the sentence, where nobody is alive and nobody dead.’” —Ian Samson, The Times Literary Supplement

“Beautifully written, stacked to the rafters with wit and warmth and real resonance . . . a novel well worth visiting.” —Travis Holland, Fiction Writers Review

Jonathan Buckley is the author of the novels Ghost MacIndoe, So He Takes the Dog, Nostalgia, and several others. He was the 2015 winner of the BBC National Short Story Award. He lives in Hove, England.
Loading...
or
Not Currently Available for Direct Purchase