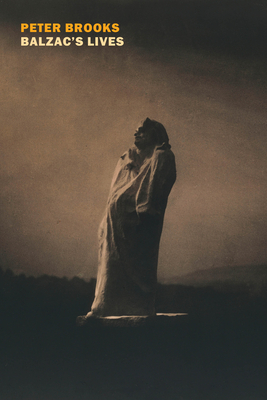 Enter the mind of French literary giant Honoré de Balzac through a study of nine of his greatest characters and the novels they inhabit. Balzac's Lives illuminates the writer's life, era, and work in a completely original way.

Balzac, more than anyone, invented the nineteenth-century novel, and Oscar Wilde went so far as to say that Balzac had invented the nineteenth century. But it was above all through the wonderful, unforgettable, extravagant characters that Balzac dreamed up and made flesh—entrepreneurs, bankers, inventors, industrialists, poets, artists, bohemians of both sexes, journalists, aristocrats, politicians, prostitutes—that he brought to life the dynamic forces of an era that ushered in our own. Peter Brooks’s Balzac’s Lives is a vivid and searching portrait of a great novelist as revealed through the fictional lives he imagined.

“At the heart of Peter Brooks’s new book on Balzac lies an intense competition between two opposite kinds of writing: Criticism and the Novel. The author’s goal—to show us how Balzac’s Human Comedy makes sense of human and social nature—belongs to Criticism, but his means—writing biographies of Balzac’s characters, mere figments of imagination—are pure Novel. Though these twice-told tales are amply interleaved with critical and social context, narrative analysis and psychoanalytic insight, the contest between critical reading and novelistic telling hardly ends in a draw. Brooks not only likes a good story, he knows how to tell one, expert in retracing even the most tortuous paths of Balzac’s human comedians. The inordinate, almost fierce energy that animates every line here is the passion of a storyteller—that primal passion for staging twists and turns of plot, for entering and projecting into imaginary lives, for using these lives to reflect on love, sex, money, power, identity. Small wonder Peter Brooks teaches us so much in Balzac’s Lives; he’s learned Balzac’s lesson.” —D. A. Miller

“Balzac’s Lives is, among other things, an attempt to rectify the benign neglect from which Balzac currently suffers. Brooks’s book is not about any one work, or even any one theme. It is about the human dimension of the vast Balzacian universe. . . . A literary study that reads like a novel and whose unabashed aim is to get its readers to read more Balzac once they’ve finished.” —Elena Comay del Junco, Los Angeles Review of Books

“Peter Brooks’s entire body of work has been devoted to finding a way of talking about literature that is analytically rigorous but lucid, eloquent, ‘useful’ (one of his favorite words), and—in the best sense—social. Balzac’s Lives is the brilliant culmination of his approach. I found this world-besotted book—especially now, self-quarantined as we are—immensely moving.” —David Shields

“Anyone interested in Balzac should pounce on this book, at once erudite and wonderfully readable, and keep it close at hand. Peter Brooks displays in these pages a dizzying knowledge of his work. Through the life of various characters, he leads the reader towards an unusual biography of the novelist for whom the world he invented was more real than life. It takes a steady hand to guide one into Balzac’s vast and complicated world and make sense of a passionate and complex man. Peter Brooks provides it with ease and elegance.” —Anka Muhlstein

“As I read the book, I enjoyed Brooks’s sharp insights, which suggest the ways in which Balzac’s proto-modern world is not so different from our own. But I also felt a more basic, visceral pleasure.” —Naomi Fry, The New Yorker

Peter Brooks has been teaching and writing about Honoré de Balzac for many years. Among his books are the nonfiction volumes The Melodramatic Imagination, Reading for the Plot, Psychoanalysis and Storytelling, Troubling Confessions, Realist Vision, Henry James Goes to Paris, and Flaubert in the Ruins of Paris, as well as two novels, World Elsewhere and The Emperor’s Body. In 2014 Brooks edited a collection of Balzac’s stories for New York Review Books, The Human Comedy: Selected Stories. He is the Sterling Professor Emeritus of Comparative Literature at Yale.
Loading...
or
Not Currently Available for Direct Purchase