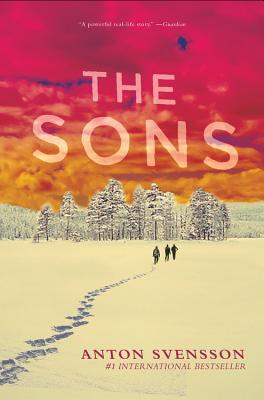 Made in Sweden, Part II

The thrilling sequel to the ripped-from-the-headlines crime novel about three brothers who became Sweden's most wanted criminals, and the father who made them that way.
After six years in prison, Leo Duvnjac is free. Prosecuted for numerous crimes--including ten bank robberies, planting a bomb in Stockholm's Central Station, and pulling off northern Europe's largest-ever weapons theft--he was convicted of just two robberies in the end.

Unreformed, Leo has spent his imprisonment plotting one final heist, but he only has a brief window following his release to pull it off. The plan is to steal more than 100 million Swedish crowns from Sweden's largest police station--and then disappear forever.
It is a decision that will threaten what remains of his relationships with his father and brothers, who also went to prison for the earlier robberies, and set him on a collision course with the aggressive cop who sent them to jail, John Broncks.


Praise For The Sons: Made in Sweden, Part II…

Praise for The Sons: Made in Sweden Part II

"Superb finale of the Dostoyevskian saga that began with 2016's The Father . . . Seldom in fiction have a father's sins been so brutally visited on sons as in this shattering tribute to the terrifying complexity of familial life and love."
—Publishers Weekly (Starred Review)


"Based on an actual series of events, this absorbing, often heartrending tale reads like superb narrative nonfiction, with disturbing images of domestic violence and ice-cold criminality."
—Booklist

"An excellent thriller...Well-written and psychologically sound in its presentation of damaged children growing into damaged men, The Sons is gritty, frequently graphic, and a compelling study of the roots of crime. Highly recommended."
—D.R. Meredith, New York Journal of Books


Praise for The Father: Made in Sweden, Part I

"Riveting . . . Recommended for all fans of noir and Nordic crime fiction."—Booklist

"An exciting yet tear-jerking thriller . . . As the reader watches these young lads turn into the 'Most Wanted' the action races, along with the crushing emotions of lives turned bad by a hideous parent."—Suspense Magazine

"A powerful real-life story."
—The Guardian

Stefan Thunberg is one of Scandinavia's most celebrated screenwriters. His body of work spans several popular films and TV series, including Henning Mankell's Wallander and Håkan Nesser's Van Veeteren. The Sons is Stefan Thunberg's second novel.

Anders Roslund is an award-winning investigative journalist and one half of the New York Times-bestselling author duo Roslund & Hellström, who are recipients of many prestigious awards, including the CWA International Dagger, the Glass Key, and the Swedish Academy of Crime Writers' Award. Films and TV series based on Roslund & Hellström's novels are in development in Hollywood and Europe.
Loading...
or
Not Currently Available for Direct Purchase