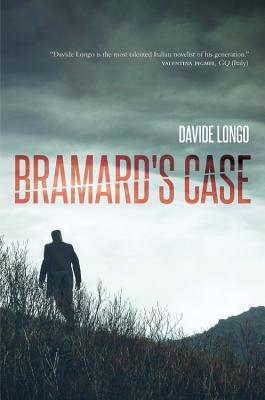 Corso Bramard lives in the mountains not far outside Turin. A former police inspector, he has kept out of the public eye for twenty years following the brutal killings of his wife and daughter. Periodically, the at-large murderer taunts Bramard, sending him letters containing snippets of song lyrics by Leonard Cohen. Bramard keeps them all, and spends his days haunted by twin obsessions: one, to find the man who destroyed his life, and the other, to end his own life altogether.

Until the day he receives the killer's latest communication, and everything changes--the murderer may have finally made a mistake, giving Bramard a vital clue about where to being the hunt. Aided by his former colleagues and by Isa, an unusual cop with a highly unorthodox style, Corso sets out to catch his monster at last.

Davide Longo is an author, editor, and writing professor from Carmagnola. He has written articles for numerous magazines and newspapers, and several novels that have been published around the world, including two that have been translated into English: The Last Man Standing and Bramard's Case. Longo lives and teaches in Turin, not far from where he was raised.

"Davide Longo is the most talented Italian novelist of his generation"
—Valentina Pigmei, G.Q.

"Much more than a thriller, but never less . . . Davide Longo proves once again with Bramard's Case that he is currently one of the most exciting Italian authors."
—Frankfurter Allgemaine Zeitung


"Plays skillfully with the basic structure of the thriller."
—Die Welt