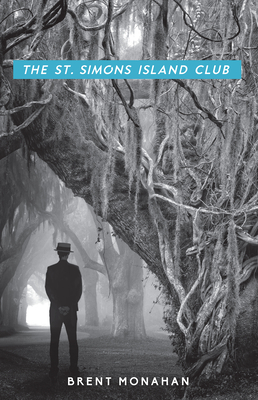 "Quietly annoying and tenacious" Sheriff John Le Brun has earned a reputation for solving wickedly complex crimes, from his home town of Brunswick, Georgia to London, England. Now retired, he finds himself mysteriously hired to solve the 1908 murder of the owner of a high-priced Manhattan brothel. The client's letterhead indicates J. P. Morgan. The Titan of Wall St. denies its validity but himself hires Le Brun to not only solve the crime but also expose the impostor.

As John peels away layer upon layer of facts, he realizes that he is exploring the police-protected vice of prostitution, which is a source of livelihood for one out of every three hundred women in New York City. Le Brun discovers a connection on St. Simons Island, where he holds a membership to an exclusive club. The island was the locale of the last illegal U.S. importation of African slaves. Now history may be repeating itself, for the purpose of sex slavery.

Brent Monahan was born in Fukuoka, Kyushu, Japan in 1948, as a World War II occupation baby. He received his Bachelor of Arts degree from Rutgers University in Music and his Doctor of Musical Arts degree from Indiana University, Bloomington. He has performed, stage directed and taught music and writing professionally. He has authored fourteen published novels and a number of short stories. Two of his novels have been made into motion pictures. Brent lives in Yardley, PA, with his wife, Bonnie.
Loading...
or support indie stores by buying on