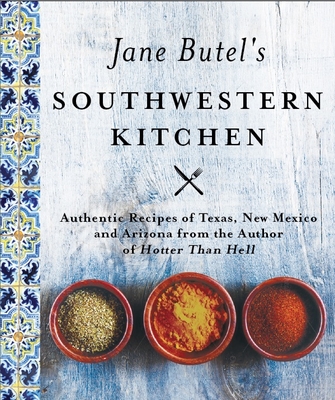 Now fully revised and updated for a new generation of cooks, this very special Southwestern cookbook from the author of Hotter Than Hell includes authentic family recipes and innovative dishes using traditional ingredients. Recipes feature the basic techniques for preparing everything from quesadillas and salsas to chilis and tamales. All the recipes are filled with the spice and flavor of the Southwest.

Jane Butel is the leading international authority on the cuisine of the American Southwest and Regional Mexican cooking. Known for her clear, easy to understand recipes and culinary instruction-she has been recognized as the "Best in the US" by Gayot.com and one of the four best Cooking Schools in the World by Bon Appetit magazine. She has authored 22 cookbooks, including many best sellers, hosted four television shows and national radio shows; conducts hands-on cooking schools, conducts culinary tours and sells her cookbooks on-line. Jane is also the founder of Pecos Valley Spice Company which was established in 1978. Fresh, pure, best available ingredients create the best flavors and nutrition. Jane has personally selected these chiles, spices, corn masa and beans for her flavorful Southwestern recipes. These are the ingredients she works with in her award winning Cooking School. Each product has no preservatives or additives, as do almost all other ingredients available from competitive companies.
Loading...
or support indie stores by buying on