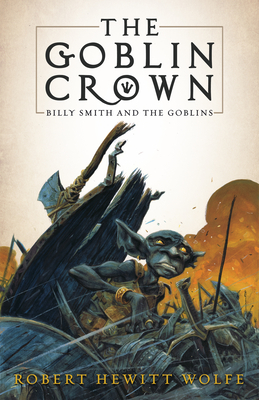 Billy Smith and the Goblins, Book 1

Billy Smith is having a rough first day of high school. The new kid at exclusive Francis Drake Prep, Billy embarrasses himself in front of fiery, beautiful Lexi Aquino. He makes an instant enemy in Kurt Novac, the school's surly star quarterback. Then suddenly Billy, Lexi, and Kurt are mysteriously transported to an underworld teeming with goblins, strange animal hybrids, and powerful magic--the fact that they're stuck there is probably Billy's fault, too. With help from an unlikely goblin leader named Hop, the teens soon discover that goblins can be both fierce and friendly, with their own rich language, culture, and history--a history that foretells of a human arriving to claim the Goblin Crown and lead them to victory against the deadly, invading Hanorians. Could Billy--anxious, awkward Billy--be the mythical Goblin King? Could saving the goblin race be his destiny and the key to getting him, Lexi, and Kurt back home?