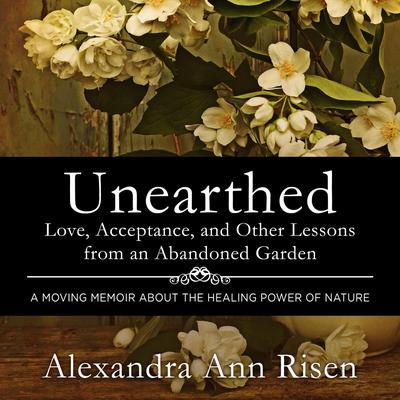 Love, Acceptance, and Other Lessons from an Abandoned Garden

Alex's father dies just as she and her husband buy a nondescript house set atop an acre of wilderness that extends into a natural gorge in the middle of the city. Choked with weeds and crumbling antique structures, the abandoned garden turned wild jungle stirs cherished memories of Alex's childhood; when her home life became unbearable, she would escape to the forest. In her new home, Alex can feel the power of the majestic trees that nurtured her in her youth.

She begins to beat back the bushes to unveil the garden's mysteries. At the same time, her mother has a stroke and develops dementia and Alex discovers an envelope of yellowed documents while sorting through her father's junk pile. The papers hold clues to her Ukrainian born parents' mysterious past. She reluctantly musters the courage to uncover their secrets, while discovering the plants hidden in the garden - from primroses and maple syrup producing sugar maples to her mother's favorite, lily of the valley. As every passionate gardener knows, to spend time with the soil is the opposite of escapism; it is to embrace our own circle of life and hold it close.