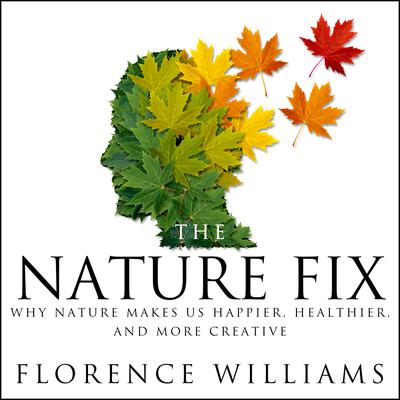 Why Nature Makes us Happier, Healthier, and More Creative

For centuries, poets and philosophers extolled the benefits of a walk in the woods: Beethoven drew inspiration from rocks and trees; Wordsworth composed while tromping over the heath; Nikola Tesla conceived the electric motor while visiting a park. Intrigued by our storied renewal in the natural world, Florence Williams sets out to uncover the science behind nature's positive effects on the brain.


From forest trails in Korea, to islands in Finland, to groves of eucalyptus in California, Williams investigates the science at the confluence of environment, mood, health, and creativity. Delving into completely new research, she uncovers the powers of the natural world to improve health, promote reflection and innovation, and ultimately strengthen our relationships. As our modern lives shift dramatically indoors, these ideas?and the answers they yield?are more urgent than ever.