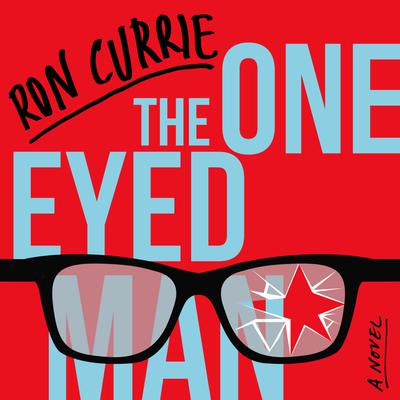 K., the intriguing narrator of Currie's new novel, joins the ranks of other great American literary creations who show us something new about ourselves. Like Jack Gladney from White Noise, K. is possessed of a hyper-articulate exasperation with the world, and like Ignatius J. Reilly in A Confederacy of Dunces, he is a doomed truth teller whom everyone misunderstands. After his wife Sarah dies, K. loses his metaphorical capacity, becoming so wedded to the notion of clarity that he infuriates everyone, friends and strangers alike. When he intervenes in an armed robbery, K. finds himself both an inadvertent hero and the star of a new reality television program. Together with Claire, a grocery store clerk with a sharp tongue and a yen for celebrity, he travels the country, ruffling feathers and gaining fame at the intersection of American politics and entertainment. But soon, through a conflagration of biblical proportions, he discovers that the world will fight viciously to preserve its delusions about itself.

Kevin Pariseau has recorded over 120 audiobooks, including two Audie Award-nominated works (The Winds of War by Herman Wouk and The Ballad of the Sad Cafe by Carson McCullers) and Dan Simmons's Ilium (SOVA nomination). He is an AudioFile Earphones Award winner for William Gibson's Burning Chrome and has frequently been featured on the Audible bestseller list for his recordings. His Broadway and Off-Broadway credits include Legally Blonde the Musical (ACCA Award), Show Boat (with the New York Philharmonic), The Explorers Club, and I Love You, You're Perfect, Now Change. Regionally, he has appeared in The Producers, Vanya and Sonia and Masha and Spike, It's a Wonderful Life, All in the Timing, 9 to 5, and Shear Madness. His film and television work includes roles in Boardwalk Empire (series finale), Tower Heist, and Morning Glory.