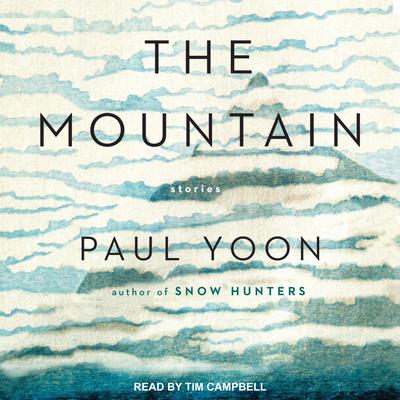 In The Mountain, Paul Yoon displays his subtle, ethereal, and strikingly observant style with six thematically linked stories, taking place across several continents and time periods and populated with characters who are connected by their traumatic pasts, newly vagrant lives, and quests for solace in their futures. Though they exist in their own distinct worlds (from a sanatorium in the Hudson Valley to an inn in the Russian far east) they are united by the struggle to reconcile their traumatic pasts in the wake of violence, big and small, spiritual and corporeal. A morphine-addicted nurse wanders through the decimated French countryside in search of purpose; a dissatisfied wife sporadically takes a train across Spain with a much younger man in the wake of a building explosion; a lost young woman emigrates from Korea to Shanghai, where she aimlessly works in a camera sweat shop, trying fruitlessly to outrun the ghosts of her past.

Though each story is distinct from the others, his restrained voice and perceptive observations about violence—to the body, the landscape, and ultimately, the human soul—weaves throughout this collection as a whole, making The Mountain a memorable read.

Tim Campbell is a narrator and actor based in Los Angeles, California. An AudioFile Earphones Award winner, he has recorded over 160 books spanning almost every genre. Equally comfortable reading as an American or a Brit, pronouncing obscure Laotian vocabulary, or voicing a dragon king, Tim's classical education in history and philosophy, versatility with accents and dialects, and facility with foreign languages keep him in constant demand. In addition, Tim is a classically trained singer and performs regularly with the Los Angeles Master Chorale and Los Angeles Opera Chorus, as well as on studio soundtracks for film and television.