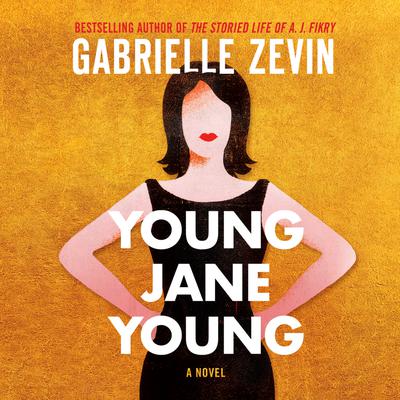 Young Jane Young's heroine is Aviva Grossman, an ambitious Congressional intern in Florida who makes the life-changing mistake of having an affair with her boss—who is beloved, admired, successful, and very married—and blogging about it. When the affair comes to light, the Congressman doesn't take the fall, but Aviva does, and her life is over before it hardly begins. She becomes a late night talk show punchline; she is slut shamed and considered a blight on politics in general.

How does one go on after this? In Aviva's case, she sees no way out but to change her name and move to a remote town in Maine. She tries to start over as a wedding planner, to be smarter about her life, and to raise her daughter to be strong and confident. But when, at the urging of others, she decides to run for public office herself, that long ago mistake trails her via the Internet like a scarlet A. For in our age, Google guarantees that the past is never, ever, truly past, that everything you've done will live on for everyone to know about for all eternity. And it's only a matter of time until Aviva's daughter, Ruby, finds out who her mother was, and is, and must decide whether she can still respect her.

Karen White has been narrating audiobooks since 1999, with more than two hundred to her credit. Honored to be included in AudioFile's Best Voices and Speaking of Audiobooks's Best Romance Audio 2012 and 2013, she is also an Audie Award finalist and has earned multiple AudioFile Earphones Awards and Library Journal starred reviews. She currently lives with her family in Wilmington, North Carolina. Publishers Weekly says of Karen's narration of Nothing to Envy by Barbara Demick, "Karen White delivers a stunning reading, her character interpretations are confident and well-rounded, and she forges a strong bond with the audience." Speaking of Audiobooks says, "Karen is one of my auto-buy narrators-if I think a book may interest me, her narration will sway me to give it a try."