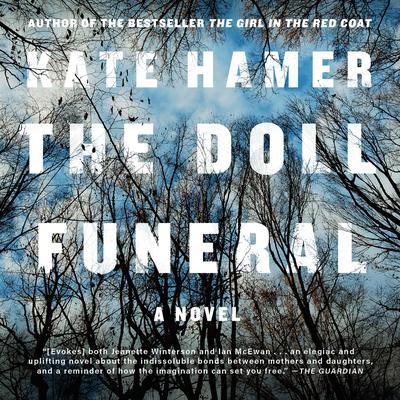 Venturing into the forest with nothing but a suitcase and the company of her only true friend—the imaginary Shadow Boy—Ruby discovers a group of siblings who live alone in the woods. The children take her in, and while they offer the closest Ruby's ever had to a family, Ruby begins to suspect that they might need her even more than she needs them. And it's not always clear what's real and what's not—or who's trying to help her and who might be a threat.

Told from shifting timelines, and the alternating perspectives of teenage Ruby; her mother, Anna; and even the Shadow Boy, The Doll Funeral is a dazzling follow-up to Kate Hamer's breakout debut, The Girl in the Red Coat, and a gripping, exquisitely mysterious novel about the connections that remain after a family has been broken apart.

Emma Powell is an experienced voice-over artist who has performed for some of the world's most renowned theater companies (including RSC, Almeida, and the National Theatre) and voiced characters for BBC radio dramas as well as countless audiobooks, corporate projects, games, and ads. In 2016 one of her audiobooks, Without a Trace by Lesley Pearce, was the most borrowed audiobook from British libraries, beating Harry Potter into second and third place! She voices the Phil Rickman thrillers, the fantasy Graceling Trilogy, and countless other novels, from gentle, beautifully thoughtful dramas to modern thrillers and crazy funny chick-lit.