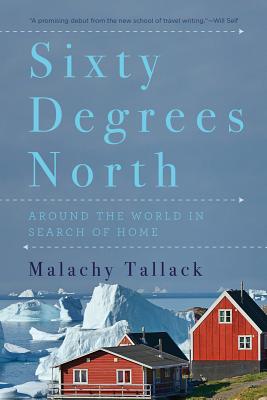 Malachy Tallack has written for the New Statesman, The Guardian, the Scottish Review of Books and many other publications. He won a New Writers Award from the Scottish Book Trust in 2014 and the Robert Louis Stevenson Fellowship in 2015. As a singer-songwriter, he has released four albums and an EP, and performed in venues across the United Kingdom. He is editor of the online magazine The Island Review and co-editor of Fair Isle: Through the Seasons. He is from Shetland and currently lives in Glasgow.

A memoir remarkable for its intimacy, wisdom, and radiant prose. Tallack renders descriptions of his emotional landscape as delicately as his painterly descriptions of the physical world. An enthralling meditation on place.

Delves into the local culture, dispelling myths and seeking common bonds. The history is captivating and adds context to each place visited. This book balances history, travel, and culture on an interesting path around the world.

A promising debut from the new school of travel writing examines the significance of place and what it means to belong. This is a book about belonging. Tallack is one of a burgeoning group of young travel writers who have reinvigorated the genre with elements of psychogeography: the study of how places make us feel.
— Will Self

A graceful account of northern peoples’ relationship to their environment, and a thoughtful consideration on the meaning of home.

A new kind of travel writing that emphasizes and explores the relationship between people and place.

A remarkable survey of cultures, climates and histories. [Tallack’s] writing is thoughtfully composed, beautiful and often surprising. An extended meditation on longing and belonging, on personal ties to place and on the particular nature of a certain band of earth and sea.

Malachy Tallack is the real deal, a writer given over to pure curiosity, honest witness and that most precious of gifts, an unselfconscious sense of wonder. Not just a vibrant new voice, but a wise, questioning and highly sophisticated talent.
— John Burnside, author of 'Waking Up in Toytown: A Memoir'

It is a brave book...and a beautiful book.
— Robert Macfarlane, author of 'The Old Ways: A Journey on Foot'

Throughout his travels, Tallack beautifully sketches a sort of emotional geography of place, a yearning to connect with communities and landscapes.

A subtle, thoughtful study of life on the sixtieth parallel. Highly enjoyable.

Although Sixty Degrees North is a book about a journey, and a very personal journey at that, it is one which provokes in the reader their own internal discussion about place, attachment, and what it means to be home.


Lovely and evocative. A meditation on community, on humans’ relationship to the land, on what it means to belong to a place, on what makes a place truly a home.
or
Not Currently Available for Direct Purchase
Copyright © 2020 American Booksellers Association