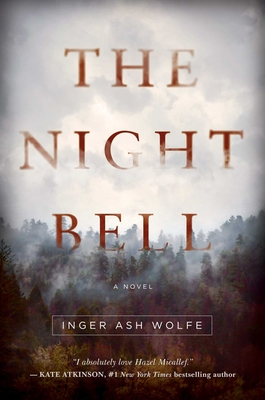 The new novel in this acclaimed series is brilliantly paced, addictively suspenseful—the author's best yet. Hazel Micallef (played by Susan Sarandon in the recent film of the series' debut, The Calling) has become one of crime writing's most memorable detectives. The Night Bell moves between the past and the present in Port Dundas, Ontario, as two mysteries converge. A discovery of the bones of murdered children is made on land that was once a county foster home. Now it's being developed as a brand new subdivision whose first residents are already railing against broken promises and corruption. But when three of these residents are murdered after the discovery of the children's bones, frustration turns to terror. While trying to stem the panic and solve two crimes at once, Hazel Micallef finds her memory stirred back to the fall of 1959, when the disappearance of a girl from town was blamed on her adopted brother. Although he is long dead, she begins to see the present case as a chance to clear her brother's name, something that drives Hazel beyond her own considerable limits and right into the sights of an angry killer.

Praise For The Night Bell…

In this Canadian cop mystery, the author continues a successful series following Detective Lt. Hazel Micallef through her latest conundrum. This fourth installment in the Detective Micallef story line stands alone nicely but only gets richer as you catch up to the characters’ quirks and nuances from the first three.

Wolfe blankets this thriller in an eerie, suspenseful calmness and showcases Hazel as a tenacious, sharply intelligent, reader-courting heroine.

A wonderful, creepy, and suspenseful novel with enough twists and compelling characters to make you want to devour it all at one sitting.
— Peter Robinson, author of the Inspector Banks novels

The strongest title yet. While the mystery keeps things moving, the characterizations are tremendous. Fans of the series will enjoy the flashbacks and seeing younger versions of Hazel and her mother, but the work is inviting and accessible to readers new to the books.

Wolfe’s main character is alert, hard-bitten, and extremely loyal, and it’s a pleasure to get to know her more deeply through her precocious younger self.

Factual and thematic ties bind the two story lines and provide the foundation for a sprawling mystery with emotional heft.

Inger Ash Wolfe is the pseudonym for the American-born Canadian novelist Michael Redhill. He is also the author of The Calling and The Taken.
Loading...
or
Not Currently Available for Direct Purchase