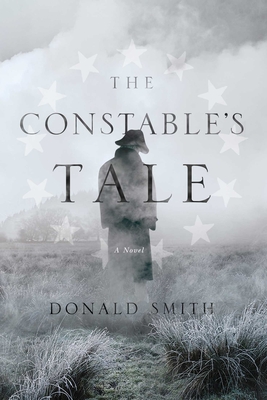 When a traveling peddler discovers the murder of a farm family in colonial North Carolina whose bodies have been left in bizarre positions, circumstances point to an Indian attack. But Harry Woodyard, a young planter who is the volunteer constable of Craven County during a period in America's past when there was no professional police force, finds clues that seem to indicate otherwise. The county establishment wants to blame the crime on a former inhabitant, an elderly Indian who has suddenly reappeared in the vicinity like an old ghost. But he is a person to whom Harry owes much. Defying the authorities, Harry goes off on his own to find the real killer. His investigation takes him up the Atlantic seacoast and turns into a hunt for even bigger quarry and more adventure then he ever dreamed possible. During his search for the truth about the murders, Harry learns that the eyes are not always to be trusted and people are not always as they seem.

Praise For The Constable's Tale…

Donald
Smith’s exceptional first novel is a revelatory look at colonial America. In
unmasking a villain, the investigation also provides insights into the
surprisingly worldly ways of our colonial ancestors.


Through
detailed descriptions of characters and setting, readers can easily imagine
early American life and its shifting governance. Compares well with the Bone
Rattler series by Eliot Pattison or the Smithyman saga by David More.

Top-notch
historical fiction, authentic in character and setting, laced with a mystery
and a bit of international intrigue, right up the whipsaw conclusion.

In The Constable’s Tale, Donald Smith delivers a captivating blend of political intrigue, mystery, and romance set during the closing months of the French and Indian War. Read it for its suspense, for its many surprises, and for its insight into early American colonial life. But read it foremost because Smith’s debut novel is a fast-paced romp, a beautifully spun tale.

Rich
in historical details and character. Smith’s writing is well-paced, and his
attention to historical detail is such that it does not overwhelm the reader,
but still brings colonial America alive.

Set
in colonial North Carolina with a cast of authentic and endearing characters,
including Harry Woodyard, a tobacco planter and the volunteer constable of
Craven County, and his outspoken Welsh wife, Toby. Harry is a wonderful blend
of naiveté and no-nonsense, compassion and reason, and his tale's an intriguing
one.

The Constable’s Tale is the best first novel I’ve read in a long while. Lyrical and tough and suspenseful and set in a time and place that’s been little explored in fiction, especially detective fiction, but which Donald Smith brings alive with clarity and vibrancy and a muscular authority. A first-rate novel.

Rich with historical details and surprising turns, The Constable’s Tale, a story of murder, love and loyalty, is an outstanding debut.

A yarn that combines
the hue and scope of James Fenimore Cooper with the taut suspense of Elmore
Leonard.
— John Smolens, author of 'The Schoolmaster's Daughter'

Historical fiction at its best. I have read many books about America’s history, but this blood-curdling murder-mystery, set in 18th century North-Carolina, with America at the brink of the Revolutionary War, taught me a lot. Stylish, exciting, and packed with historical insight.
— Bob Van Laerhoven, author of 'Baudelaire's Revenge'

With
its intrepid detective, skillful plotting, colorful characters, action and rich
period detail, Donald Smith's novel is sure to please fans of historical
mystery.
— Gary Inbinder, author of 'The Devil in Montmartre'